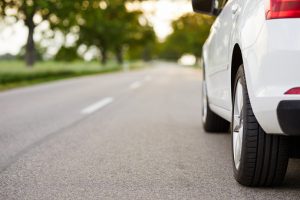 Before you embark on that summer vacation you've been planning for months, make sure you plan to have your vehicle road-trip ready. A car accident is one of the fastest ways to put the brakes on your break. The good news is drivers can drive down their risk of a collision, break down, or another emergency.

AAA's American Driving Survey revealed that more than half of people drive most during the summer, between July and September. It's during these months that AAA receives the most calls from drivers who are stranded due to flat tires, low fuel, lockouts and dead batteries. About 44 percent of those have vehicle issues that can't be resolved and require towing. That of course puts a kink in your travel plans, but the bigger danger is that you may not discover one of these issues until it's too late and leads to a crash.

It's a good idea to make sure your vehicle is inspected by a certified auto technician. Some of the things they'll be searching for include:

Any one of these issues can lead to a car accident. It's important to make sure your vehicle is in top shape before you head out.

If You Crash While Driving in Connecticut

The majority of car accidents in Connecticut are caused by negligence of one or more motorists.

You should know that when it comes to auto insurance coverage, Connecticut is an at-fault state (as of 1994). That means those who cause collisions are responsible to cover the damage they inflict (as opposed to no-fault states, where every driver carries personal injury protection insurance to cover their own damages, to a point). State law requires drivers to carry a minimum of $20,000 per person, $40,000 per accident for bodily injury liability and $10,000 for property damage. The law also requires everyone carry uninsured/ underinsured motorist coverage in the same amounts as their bodily injury liability.

Even if you are partially to blame for the car accident, you can still collect damages from another at-fault party, so long as you aren't more than half responsible. Further, C.G.S.A. 52-572(h) holds that if there is more than one defendant (at-fault driver) and one of those is uncollectable, their portion of damages may be reapportioned among the remaining defendants.

Categories: Accidents
No Fee Unless Successful