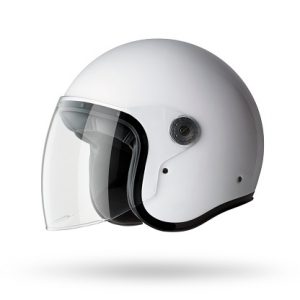 Connecticut lawmakers recently reintroduced a long-running debate over whether to reinstate the law requiring all motorcyclists to wear helmets at all times. State Rep. Tony Guerrera, D-Newington, introduced House Bill 6048 this past January.

If approved, the proposed state law would require all motorcyclists and their passengers to wear a helmet, according to several news articles, including one published Feb. 15 in The Hartford Courant. Currently, only motorcyclists under 18 years old are required to wear a helmet in Connecticut.

Guerrera, co-chairman of the General Assembly's Transportation Committee, said he introduced the proposed helmet law because he's concerned about additional motorcycle accidents occurring due to the continued increase in distracted driving accidents.

"It's scary out there, it really is," Guerrera said, according to an article published Feb. 20 by CBS Connecticut. "When you've got all these people using all these phones, texting and driving and not paying attention."

In 1966, the National Highway Safety Act (NHSA) was adopted nationwide. As part of the act, the federal government included a requirement stipulating that all states must require motorcyclists to wear a helmet. Otherwise, the federal government would withhold federal highway funding to states that failed to require motorcycle helmet use statewide, according to an article published March 9, 2016 by the United States Library of Medicine, National Institutes of Health (NIH).

Opponents of the 1966 law objected on the grounds that the federal law "infringed upon their constitutional liberties, depriving them of their right to monitor their own safety without government intervention," according to the 2016 NIH article.

Nationwide, only 19 states require all motorcyclists to wear a helmet, according to the Feb. 15 Hartford Courant article.

Advocates in support of the proposed statewide law requiring all motorcyclists to wear a helmet in Connecticut often cite rider safety as the main reason why they support such legislation.

"It's very, very clear," Gary Lapidus, director of the injury prevention center at the Connecticut Children's Medical Center in Hartford, said in a Feb. 20 article published by The Day newspaper. "Those states that have a full helmet law, the death rates are lower, significantly."

Advocates of keeping Connecticut's helmet law the way it is believe motorcyclists should be the ones who choose whether or not they wear a helmet, citing the fact that most states nationwide leave such decisions up to individual riders.

"There are 31 states in this country that don't require adults to wear motorcycle helmets," Richard Paukner, former legislative chairman of the Connecticut Motorcycle Riders Association, said in a March 5 article published by The Bristol Press. "If this proposal was so effective there's no way we'd have that many states not enacting helmet laws."

Paukner also questioned legislators' logic for proposing such laws. "It's totally ludicrous to single out motorcyclists," Paukner said according to The Hartford Courant. "We're not going to outlaw tobacco, regulate people's diets or put restrictions on the amount of alcohol one can consume."

Lapidus cited other statistics during his comments during the same public hearing held by Connecticut legislators. "There's 30 years of solid scientific research behind this. Helmeted riders are 37 percent less likely to die in a crash," Lapidus said, according to The Hartford Courant.

While motorcyclists over 18 years old can legally ride a motorcycle without a helmet in Connecticut, it's important to consider the legal implications of accidents involving motorcyclists not wearing a helmet.

Even though riders can legally do so in Connecticut, some insurance companies may point to the fact that a motorcyclist was not wearing a helmet as a reason for reducing or denying an accident claim.

In terms of compensation for motor vehicle accidents, Connecticut is a fault-based insurance state. That means the party or parties responsible for an accident must compensate others injured in the accident. Connecticut also has a modified comparative fault system, which means your settlement or verdict amount will be reduced by the amount you are deemed partially responsible for your injuries. In particular, that means a motorcyclist injured while not wearing a helmet could be found partially responsible for an injury that a helmet could have reduced or prevented, leading to a reduced recovery.

However, just because you weren't wearing a helmet doesn't mean you cannot recover. An experienced attorney may be able to show that a helmet would not have prevented your injury or argue that the motorist who hit you should still be held responsible. And even if your recovery is reduced by comparative negligence, the remaining amount may still be enough to make taking legal action worthwhile.

What You Should Do

If you or a loved one has been injured in a motorcycle accident in Connecticut while not wearing a helmet, we strongly urge you to take the following steps: