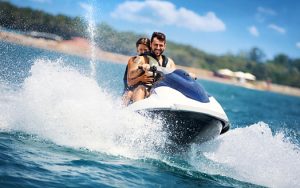 "Summertime in New England's a great time for boating, but people also need to be aware that operating a boat can be dangerous or even deadly in certain circumstances," Morelli said. "The recent boating fatality on Long Island Sound serves as a stark reminder of just how dangerous boating can be in our area this time of year."

A 43-year-old Guilford, Conn. resident died as a result of a boating accident on July 29 near New Haven Harbor, according to WSFB News. The operator of the boat, Joseph Regan, reportedly struck an object in the water and was ejected from the boat and sustained injuries, which he later died at New Haven Hospital. The accident remains under investigation the Connecticut State Environmental Conservation Police, according to WTNH News.

The numbers were even worse last year for jetskis, often referred to as "personal watercraft." The number of people killed in jetski accidents nationwide increased by 39 percent, from 33 fatalities in 2015 to 46 fatal in 2016, according to the United States Coast Guard. Injuries also increased last year for jetski accidents nationwide from 623 in 2015 to 675 in 2016.

As for personal watercraft, the 5 leading causes of jetski accidents nationwide in 2016 were: 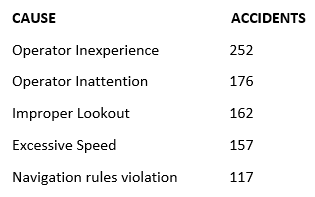 This time of year is also especially dangerous since there are so many boats and jetskis in the water during the summer months. Specifically, the three summer months (June, July and August) statistically have the most boating accidents each year. Here are the monthly figures for 2016 nationwide: 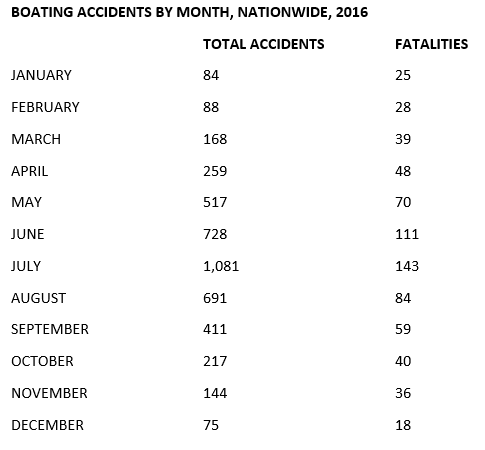 Unfortunately, even if you take all of these steps and many more, boating accidents still occur. And when they do, you need to make sure you take legal action to protect your rights and hold the negligent boater responsible for your accident. That's where we can help.

The exceptional legal team at the Law Offices of Mark E. Salomone & Morelli have years of experience handling complicated boating accidents and crashes involving jetskis throughout Connecticut. We thoroughly understand the state's boating laws and know what it takes to win.

When you have us on your side, we can handle everything involving your boating accident - from helping you fill out an accident claim form to dealing directly with insurance companies on your behalf. This is especially important since insurance companies often only make a one-time offer to cover all your accident-related expenses for the rest of your life.

Most insurance companies make low-ball settlement offers. We know how to demand more money from them to cover the true cost of your accident. And if they won't cooperate, we're prepared to take legal action against them on your behalf. You have options. And we can help you decide which one works best for you. Contact us and schedule your free case evaluation. We have eight office locations throughout Connecticut to serve all your legal needs.