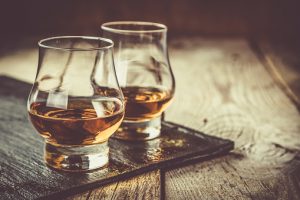 The family of a woman killed in a drunk driving crash in Lynn was recently awarded a $2 million judgment against the man who served the alcohol to the intoxicated driver.

The wrongful death lawsuit was filed pursuant to Massachusetts' social host liability law, which allows that anyone who serves alcohol to those under 21 can be held liable for what occurs as a result.

Accident attorneys in Boston understand that the civil lawsuit was brought after the conclusion of two criminal cases - one against the driver, who was given a four-year prison term, and another against the party host, given a suspended sentence and probation.

The message about social host liability is especially important this time of year, as we near prom and graduation season, where celebrations will no doubt be held throughout the state. Parents need to be aware that not only is hosting an alcohol-fueled party for minors dangerous, it could open them to the possibility of serious financial hardship.

In this case, the woman killed was just 19-years-old. She was a passenger in a car driven by her 20-year-old boyfriend. They had just left a 21st birthday party hosted by a friend. Alcohol was served. The boyfriend reportedly drank one rum-and-coke and at least two other drinks.

Then, according to court records, he got behind the wheel of a car. He ran numerous stop signs before flipping his sport utility vehicle. He would later plead guilty to DUI motor vehicle homicide.

His girlfriend's family settled a civil lawsuit against him and his family, though the terms of that agreement were never made public.

The host of the party was also criminally charged. Following the conclusion of that case, the victim's parents pursued action against him for negligently serving alcohol to minors. The judge ordered him to pay $2 million in damages to the victim's parents, as well as more than $250,000 in interest.

Massachusetts General Law, Part I, Title XX, Chapter 138, Section 34 holds that anyone who furnishes alcohol to someone under 21 can be punished by a fine of up to $2,000 and up to a year of imprisonment.

As this case shows, victims can also collect civil damages as well, despite recent court rulings that declined to expand social host liability in Massachusetts. In one of those cases, Juliano v. Simpson, the Supreme Judicial Court of Massachusetts ruled in 2010 that teenagers who host underage drinking parties - but don't actually supply the alcohol - can't be held liable for injuries suffered by their guests. The ruling also effectively released property owners and parents from liability in these cases if they didn't know that drinking was taking place or didn't provide the alcohol.

In that case, the plaintiff's 16-year-old daughter attended the party of a 19-year-old female friend at her parents' home with another 19-year-old male friend. The host's father was apparently unaware of the gathering.

After a few hours, the 16-year-old left the party with her male friend behind the wheel. He crashed. She suffered brain damage.

Neither the teenaged host or her father, the court deemed, could be liable.

However, that does not mean that liability in these cases is not worth exploring, as clearly the result in the Lynn case demonstrates.