18 Locations
Home • Blog • Could Apple Be Liable for a Car Accident Caused While FaceTiming?

Could Apple Be Liable for a Car Accident Caused While FaceTiming? 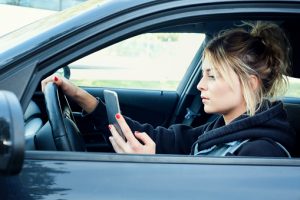 A tragic accident occurred shortly before Christmas several years ago, causing the death of a five-year-old girl and injuring her family members. Washington Post reported on the incident. The little girl and her family had been traveling on the Interstate in a Toyota Camry when they had to stop due to police activity on the road in front of their car.

The SUV behind the family did not see them stop. The SUV slammed full force into the car, trapping the little girl and her father inside. The child's mother and sibling were also hurt, and were forced to watch as efforts were made to try to extract their trapped loved ones. Finally, the father and little girl were freed. He survived his injuries, but she did not.

The driver is now facing criminal charges for manslaughter, but the family wants to sue Apple. They claim that the driver didn't see them because he was using the FaceTime app and assert that Apple is to blame for not disabling the app when the phone detects that someone is driving at highway speeds.

Apple reportedly has a patent on a lockout feature to disable certain apps when the phone is able to detect someone is in motion in a car. However, cell phones - including Apple's phones - do not currently prevent drivers from using the phone or any apps while driving.

One big reason why phones don't prevent drivers from using apps is because no technology is able to effectively distinguish a driver of a car versus a passenger in a car or versus a passenger on public transport such as a train. It would be impractical and bothersome to consumers to find they were not able to use phone apps while on a train or while riding in a car.

Most tech companies also assert that it is not their responsibility to disable apps to stop drivers from operating vehicles while distracted, but instead it is the responsibility of the driver to make the smart choice not to use an app that takes focus away from the road.

Drivers are not making smart choices, prompting safety advocates to ask smartphone makers to take a more active role in distracted driving crash prevention. This does not necessarily mean a company could be legally liable for an car accident caused by a driver using an app, though.

As New York Times reported, a 2003 case in which a crash victim tried to sue Cingular because the driver was on the phone ended with the case being dismissed because Cingular didn't have a relationship with, or owe a duty to, the victim. This same reasoning could potentially be used today to shield Apple and other companies from liability if a phone user is on an app when a crash happens.