Bicycle Accident Fatalities on the Rise on U.S. Roadways 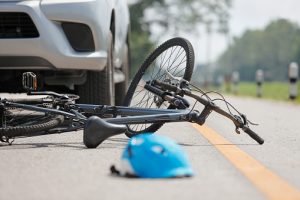 The possibility of traffic accidents is a notable concern to bicyclists, who share the road with much of our traffic. As the weather begins to grow more hostile to the practice, one may expect to see fewer bicyclists on the road. However, according to a recent study released by the Governors Highway Safety Administration (GHSA), we are actually entering the most dangerous time of the year nationwide for bicyclists; and that threat is increasing annually.

The new study, which explores a number of issues related to bicycle safety, shows a significant increase in bicycle injuries and fatalities. In fact, since 2011, the number of cyclist fatalities has increased by an average of 55 per year. 2015, the most recent year of data available to the study, showed a 12.2% increase in bicycle fatalities, where all traffic fatalities had only increased by 7.2%. While these numbers are relatively small compared to the total number of roadway fatalities studied, they are increasing at a rate faster than those for any other users of roads, including drivers and pedestrians.

Establishing times when accidents are most likely yielded mixed results. Fall showed the highest number of fatalities while winter hugged close behind. Breaking the day into three-hour segments shows a steady increase as the day goes on, but the numbers were close enough that there is no real difference between daylight and dark conditions.

Recommended Responses to the Study

"We need to ensure that bicyclists and motorists can share roads safely," said the director of technology research at State Farm, who funded the study, according to an article by bicycling.com. To that end, the study includes a number of recommendations about ways to increase bicyclist safety, including (but not limited to) polling cyclists to determine levels of safety education, partnering with bicycling and community-based organizations to deliver safety programs, promoting law enforcement's use of proven technology to enforce safe passing laws, and allowing communities to lower speed limits or establishing slow zones in areas with a higher rate of bicycle-auto accidents, schools, or other matters of safety concern.

As our lawmakers consider these and other suggestions offered by the report, we encourage cyclists to exercise caution at all times and urge drivers to be always vigilant for other users of the road. It is important to remember that cyclists have a right to travel safely and, when that right is hindered, they may be entitled to legal support and compensation.