Drivers who head the wrong way on certain highway ramps in Connecticut will soon see red flashing lights alerting them they are in danger. 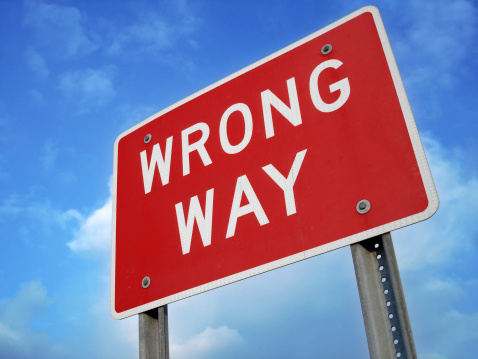 According to a Journal Inquirer article, the state Department of Transportation will use new technology that consists of a motion sensor at the end of a highway exit ramp. If the sensor detects a wrong-way vehicle, it triggers flashing red lights. The state showed off the new technology in a controlled demonstration involving a DOT employee who drove the wrong way on an exit ramp on I-84 in Southington.

Connecticut employed the new technology using $20 million in funding designed to combat wrong-way driving. According to the article, other measures include reflective strips along guardrails and pavement markings that help drivers know whether they are going in the right direction.

The article states that nearly two dozen people died in 2022 in wrong-way accidents in Connecticut. The sensor and lights are already in place in Danbury, with more locations to be added.

How do wrong-way driving accidents happen?

Sometimes, drivers turn in an unfamiliar area and go the wrong way on a one-way street or highway ramp. But other factors can play a role in wrong-way driving. They include:

The mitigation measures Connecticut is taking could reduce the number of wrong-way crashes, which can lead to some of the most severe and catastrophic injuries, including fatalities. The Journal Inquirer reports 12 wrong-way driving accidents in Connecticut this year, leading to the loss of 22 lives. The JI says these accidents occurred between 11 p.m. and 4 a.m. The flashing light measure could prove effective in saving lives, a DOT spokesperson told the newspaper.

An attorney can help accident victims understand their rights, including how much compensation they may be entitled to receive. Without legal help, an injured person may not receive full compensation for their losses. Instead, the insurance company may convince them to accept a quick settlement that falls short of what they actually deserve.

If you were injured or lost a loved one in a wrong-way car accident, contact the Law Offices of Mark E. Salmone and Morelli today for a free consultation. You pay nothing unless you win your case. Discover today how a wrong-way accident lawyer in Connecticut can help.