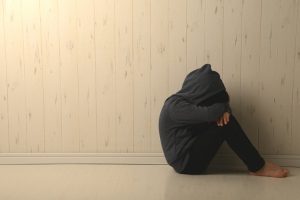 Schools in Massachusetts have a responsibility to protect students from bullying, either in person or through the internet. State law provides detailed obligations for schools to establish prevention and response plans, investigate claims of bullying, and intervene to protect victims.

The Massachusetts Supreme Judicial Court, however, has ruled in favor of limitations that prevent schools from being held accountable for their actual efforts to meet these obligations.

U.S. News & World Report reports that in late February, the commonwealth's highest court heard the case of Matthew Mumbauer, the victim of bullying that left him paralyzed in 2008. His family had issued a lawsuit against the city, school district, and administrators of Lynn, MA, claiming that the school's negligence was partly responsible for Mumbauer's injuries. The court, however, ruled that the school district could not be held financially responsible for any of Mumbauer's suffering.

The Boston Globe explains in more detail that the school was being held accountable not simply because the bullying happened on school property, but because the administrators allegedly failed to meet their legal requirements to investigate and intervene on Mumbauer's behalf.

The suit claims that, although the school had been made aware of the danger to the then-fourth grader, administrators continued placing him with his bully in class and in line-ups at the beginning of the day. The court did not deny that the school actively endangered rather than protected Mumbauer, and in the unanimous decision of the court, Justice Kimberly Budd wrote, "Those working at the elementary school could have and should have done more to protect Matthew."

The ruling, in fact, ended up having nothing to do with the circumstances of the injuries. Instead, the court cited a bill nicknamed the Tort Claims Act, which includes protections for schools from liability. In fact, according to the court's reading of this law, the school cannot legally be held responsible for anything that happens to its students unless the school or its employees directly cause it. Because it was another child, and not an employee, who pushed Mumbauer down a flight of stairs, the school is completely free from liability.

This ruling threatens children across our commonwealth. The idea that schools cannot be held responsible for their own negligence and failure to meet legal obligations means that any protections put in place have no teeth. The people of Massachusetts should have a right to hold our schools responsible for the standards our legislature has put in place to protect our children.

We will continue to fight for the victims of abuse, whether suffered on school grounds or elsewhere. If you have been injured by the negligence or willful actions of another, tell them you mean business by contacting the Law Offices of Mark E. Salomone today.