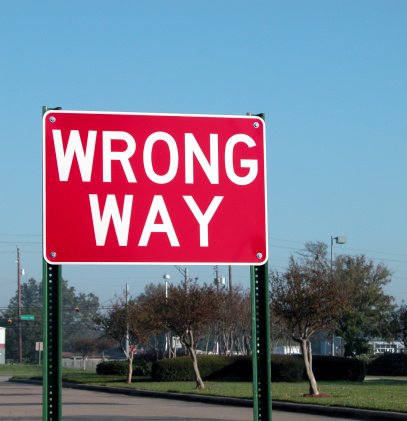 One of the most dangerous road scenarios involves wrong-way drivers. Imagine driving in your lane and suddenly seeing another vehicle coming right at you. A serious car accident might be unavoidable, and the injuries sustained can be life-changing, if not fatal.

Unfortunately, deadly wrong-way driving accidents are on the rise in Connecticut, according to a recent Fox61 article. The report states that, on average, 11 people are killed each year in Connecticut wrong-way crashes. In the summer of 2022, Connecticut has already experienced more wrong-way fatality accidents than in all of 2021.

Knowing there is a public safety threat, the Connecticut Transportation Safety Research Center at the University of Connecticut is focusing on the problem. The center is developing rumble strips that would alert a wrong-way driver, according to Fox61.

In addition, Connecticut has erected more "wrong way" and "do not enter" signs to off ramps that are larger than federal standards. Another safety measure involves a 360-degree camera. If a vehicle is detected going the wrong way, red lights will flash, hopefully letting the driver know they are going the wrong way and should get off the road.

How do wrong-way accidents happen?

Wrong-way driving can happen for any number of reasons, but negligence is typically involved. Some of the common causes are:

What to do if you encounter a wrong-way driver

While driving, be aware of what's happening far down the road, and don't just focus on the vehicles in front of you. If you see a car approaching from the wrong direction, slow down and move to the right-hand lane. If it's safe to do so, pull over to the highway's right shoulder to stay out of the vehicle's path.

If you think you are on the verge of colliding with a wrong-way driver, turn to the right.

Wrong-way accidents are often head-on collisions, which means injuries can be severe and are often fatal. Some of the common car accident injuries associated with wrong-way crashes include but are not limited to:

When determining who is at fault for a wrong-way crash, the driver going the wrong way will almost always be responsible for causing the accident. But that doesn't mean the insurance claim process is easy. For example, in some cases, a driver might not collide with a wrong-way vehicle. Instead, the driver might swerve to avoid the oncoming car and lose control, leading to a crash. In addition, the wrong-way driver might flee the scene. In this case, you may have to file a claim with your own insurance company.

Whether dealing with the wrong-way driver's insurance company or your own, it's wise to contact an experienced car accident attorney at the Law Offices of Mark E. Salomone & Morelli. The insurance company may offer a lowball settlement much smaller than what you're entitled to recover. You also may need to recover compensation for lost wages, lost earning capacity, and other damages.

A knowledgeable attorney from our law firm can look out for your best interests and be your advocate for justice. Let an experienced Connecticut car accident lawyer fight for the compensation you deserve.

For a free consultation, contact us online. There is no obligation when you contact us. We will listen to you and help you find the best path forward. Best of all, you pay nothing unless we win. Call today.