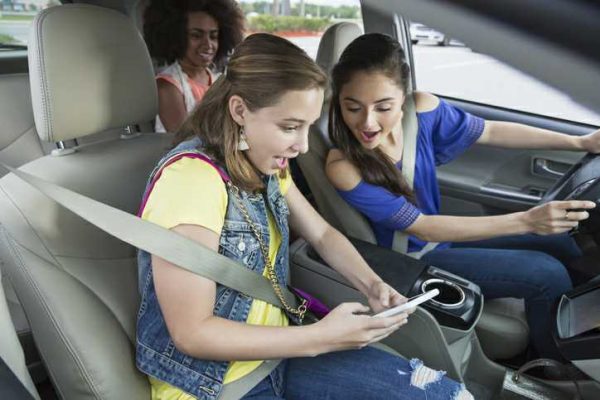 Like the rest of New England, Connecticut enforces a primary handheld ban for all drivers. That means drivers are not allowed to handle or hold cellphones for any reason. Drivers can be pulled over by police and fined $150 for a first offense, $300 for a second offense, and $500 for a third or subsequent offense.

Despite the law, distracted driving remains one of the leading causes of serious and fatal crashes. Drivers aged 16-20 are more likely than any other age group to use cellphones while driving, according to the National Highway Traffic Safety Administration.

The Centers for Disease Control and Prevention has found that traffic collisions are the leading causes of teen deaths. About six teen drivers die in crashes each day across the United States. Drivers aged 16-19 are three times more likely to be involved in fatal crashes than older drivers.

After analyzing crash data from 2007-2017 involving 38,215 fatal teen crashes, he found that teen crash fatality rates dropped significantly in states that passed primary distracted driving laws. In these states, police are allowed to stop and cite drivers solely for texting or using cellphones for other purposes while driving.

What should I do if I was involved in a crash?

When drivers fail to pay attention, they often don't have enough time to respond to an impending crash. The result is someone's injury or death. In 2018, there were 2,841 traffic fatalities and an estimated 400,000 injuries across the U.S. that were linked to distracted driving.

The Connecticut car accident attorneys at The Law Offices of Mark E. Salomone & Morelli are dedicated to helping victims of distracted driving crashes get the justice they deserve. We fight on behalf of crash victims and negotiate with insurance companies for fair financial settlements.

Contact us online to find out how we can help you. We offer free and confidential case evaluations.