18 Locations
Home • Blog • Could Your Doctor Be Influenced By Pharmaceutical Manufacturers?

Could Your Doctor Be Influenced By Pharmaceutical Manufacturers? 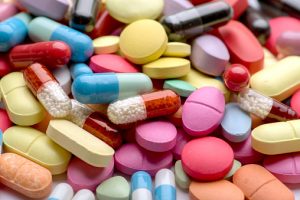 We expect our doctors to put our best interests first and make decisions with our health as their top priority. But a recent study suggests that other incentives may affect those decisions for many medical professionals.

Perhaps the most concerning finding of this study, however, was that only 5 percent of the patients surveyed were aware of the links between their doctors and the pharmaceutical industry. That means that a majority of patients were not aware of incentives their doctors may have had to prescribe certain drugs or medical devices.

Even if payments are small on average, the manufacturers' influence can be large

While it's not uncommon for doctors to receive gifts or payments from pharmaceutical companies, patients may be lulled into complacency by observing that those patients are, on average, small. According to Open Payments, a government website that tracks and reports payments to physicians, the average doctor receives less than $200. But according to the study authors, the average can be misleading because most patients see multiple doctors and any given patient is likely seeing at least one doctor who receives larger-than-average payments.

Moreover, the pharmaceutical industry has long known that even small gifts can motivate doctors to reciprocate the gesture by prescribing the manufacturer's products. Because the influence is subtle, doctors may even believe that they are prescribing a product that is in the patient's best medical interest - but the fact remains that they are influenced away from providing the best standard of care.

That's why it's so important for patients to be aware of their doctors' incentives, do their own research, advocate for themselves and know their legal rights. When a doctor who has received payments from a pharmaceutical company goes on to prescribe the wrong medication or medical device, patients get hurt. And a medical malpractice attorney with experience handling such complex cases can help the patient fight for fair compensation.