Driving Safety Views Change Based on Who is Driving 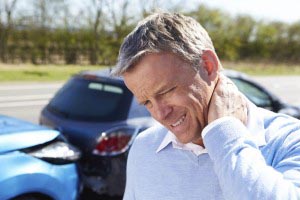 Over the course of 2012, a total of 161 drivers of vehicles were killed in motor vehicle crashes in Massachusetts. According to the Executive Office of Public Safety and Security, there were also 48 passengers killed along with 72 pedestrians, 15 bike riders and 51 motorcyclists. The total number of fatalities due to vehicle collisions was 349, while another 4,384 people were seriously hurt in vehicle crashes.

A personal injury lawyer knows that many of the accidents are caused by dangerous driver behaviors, like driving while distracted. Most motorists know about the risks of talking on a cell phone or doing other tasks behind the wheel. Yet, a recent study revealed that drivers are intentionally doing tasks that they describe as dangerous when others engage in the very same behaviors.

According to a recent survey conducted by Rutgers University Medical School:

Because of the inconsistent results, an assistant professor at Rutgers School of Public Health and Rutgers School of Health Related professions indicated that the study shows: "In general, drivers are intolerant of behaviors perceived as risky or prone to cause distraction in other drivers, but many do engage in these behaviors themselves."

Drivers know what behaviors they should not engage in, and they should hold themselves to the same standard they hold others to when they are passengers. If every motorist made a commitment not to engage in behaviors that he finds to be high risk, the death toll would drop in Massachusetts and the roads could be safer for everyone.