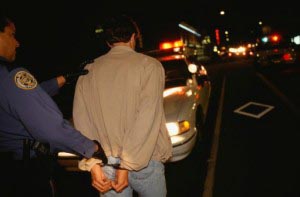 In the past decade, lawmakers have passed a "significant" number of laws aimed at reducing deaths and illnesses related to alcohol use. According to a recent study conducted by Boston University and researchers from the University of Minnesota, the most effective policies tend to be unpopular. By contrast, the more popular policies tend to be largely ineffective.

An experienced personal injury lawyer knows many people who are arrested for impaired driving are habitual drunk drivers who have driven intoxicated in the past before their arrest. Drunk driving is extremely dangerous behavior that causes thousands of annual deaths and injuries. Lawmakers must continue to pass reasonable regulations to try to keep the roads safe from motorists who choose to get behind the wheel drunk, even if some of these safety laws are not particularly popular with the public.

According to the MinnPost, leading experts were asked to use evidence-based research to review and rank 29 different alcohol-related policies in terms of how effective those policies were at preventing illnesses and death.

Researchers found that between 1999 and 2011, there has been a "big increase" in what would be considered less effective policies. In contrast, policies that have been the most studied and that the majority of evidence has suggested work very well, have not been as broadly adopted. Existing policies also did not generally strengthen.

Policies that have passed generally focused on reducing underage drinking, with some focusing on cutting deaths and problems due to alcohol-impaired driving. Other policies that might have been more effective at reducing the economic and social cost of excess alcohol use include raising taxes on alcohol; restricting prices of alcohol at the retail and wholesale levels; restricting the days and hours in which alcohol can be sold; and restricting the number of alcohol outlets located within a geographic area.

Some of these policies work better than solely focusing on preventing teen driving, or even focusing specifically on drunk drivers. These alternatives tend to be more effective because they reduce alcohol availability to a broad population, which in turn cuts down on problems due to excessive drinking.

Fortunately, a few of the policies that have been put into place have had positive impact. For example, revoking driver's licenses from people who drive over the legal limit and requiring graduated driver's licenses have been effective at helping to reduce the number of people harmed by alcohol use. Making adult hosts of parties legally liable for actions taken by underage drinkers has also had a positive impact on improving safety.

Studies like this raise important questions about how regulators should balance individual rights with the need to protect the public from the tremendous costs associated with drunk driving and excess alcohol use. Drivers given the choice to consume alcohol need to make the smart decision not to endanger others on the road.