Fatal Crashes and Driving Under the Influence of Cannabis

Our car accident lawyers discuss the dangers of impaired driving 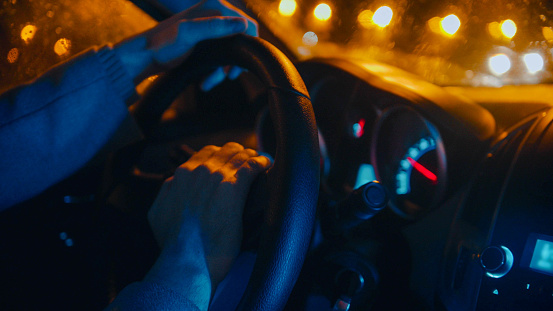 Cannabis-related car accidents resulting in fatal crashes involving a combination of marijuana and alcohol have been on the rise for the past several years, a new study finds.

An analysis using data from the National Highway Traffic Safety Administration finds that deadly accidents involving high drivers more than doubled between 2000 and 2018. Family Safety & Health, a publication of the National Safety Council, reported on the study.

Researchers examined cases where a driver tested positive for either a cannabinoid or had any amount of alcohol in their body (or a combination of both substances).

There was a jump to 21.5 percent in cannabis-related fatal car accidents in 2018, up from 9 percent in 2000. Deadly crashes involving drivers with alcohol and cannabis in their system more than doubled during that period, increasing from 4.8 percent in 2000 to 10.3 percent in 2018.

How does marijuana affect driving?

States such as Massachusetts have relaxed cannabis laws in recent years. Researchers say that has led to more drivers getting behind the wheel after consuming alcohol and cannabis.

Several studies find that drivers with tetrahydrocannabinol (THC), the psychoactive compound found in marijuana, in their system were twice as likely to cause a fatal car accident than sober drivers, according to the National Institute on Drug Abuse.

In addition, the NHTSA reports that drivers with THC in their system have a slower reaction time and are worse at judging distances.

What are the types of drug- or alcohol-related car accidents?

Because of the effect of the substance, impaired drivers can cause any number of car crashes. Common accidents in Massachusetts include:

Give yourself the Salomone Advantage

If you were injured or a loved one died in a car accident caused by an impaired driver, you may be entitled to compensation for your losses. The problem is cases involving impaired drivers can quickly become complicated legal cases, and if you’re not careful, you could end up losing out on the financial compensation you need and deserve.

At the Law Offices of Mark E. Salomone, our experienced car accident attorneys know how to build rock-solid cases and aggressively advocate for the best interests of our clients.

Discover what our highly skilled legal team can do for you. Contact us today for a free consultation. There are no obligations, and you pay nothing unless we win your case. Tell them you mean business!