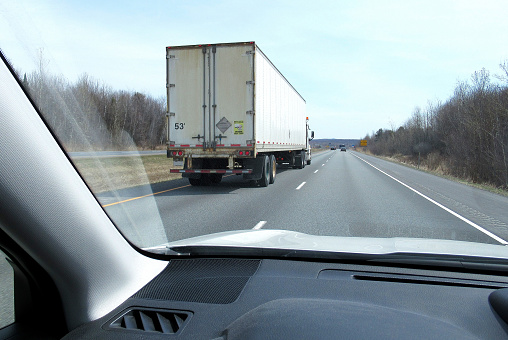 When tractor-trailers and passenger cars collide, the result is often catastrophic. Accidents involving semi-trucks regularly lead to serious injuries and loss of life.

In a recent tragic accident, the driver of a Toyota Camry died in a crash with a tractor-trailer on a ramp from Interstate 95 north to the Massachusetts Turnpike in Weston. According to NBC Boston, the 73-year-old victim became trapped inside his vehicle after the crash and was pronounced dead at the scene.

While it’s not yet clear what caused the crash, “big rig vs. car” accidents can result in traumatic injuries because of the forces involved. A large, fully loaded 18-wheeler can weigh up to 80,000 pounds, and even empty semi-trucks can weigh between 10,000 and 25,000 pounds. Passenger cars, meanwhile, weigh about 3,000 pounds on average, which means your small vehicle is no match against a big truck.

What are the most common causes of truck accidents?

Whether you're required to negotiate a highway like I-95 or navigate city streets, being a professional truck driver is not an easy job. It takes a considerable amount of skill, experience, and focus to safely operate a semi-truck, and one irresponsible decision can have deadly consequences.

Some of the most common causes of 18-wheeler accidents include:

Truck drivers are required by law to have a special commercial driver’s license. Because large trucks are difficult to maneuver, truckers must abide by federal regulations that limit the number of hours they can operate behind the wheel. They also are considered legally intoxicated if their blood alcohol concentration is .04% or higher. Drivers of passenger vehicles are considered legally drunk if their blood alcohol level is .08, which is twice the legal limit for truck drivers.

While no two collisions involving a big truck are the same, there are several common types of tractor-trailer vs. car accidents:

Crash victims can level the playing field by hiring an attorney

If you were severely injured or a loved one died in a crash with a large commercial vehicle, a truck accident lawyer can help you fight for the justice and financial compensation you deserve. Keep in mind that in cases involving big trucks, liability can fall on multiple different parties such as the trucker, another driver involved in the crash, the trucker's employer, the owner of the truck, and/or a third-party vendor. That's why it's generally in your best interest to at least talk to a lawyer about your legal options.

At the Law Offices of Mark E. Salomone, our attorneys know how to build strong cases and get results for our clients. See how we can help with your case and contact us today for a free consultation. Tell them you mean business!