The Dangers Of Riding In Faulty Passenger Vans 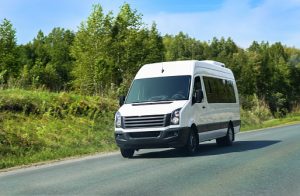 According to the Courier Journal, the dangers of the Ford E350 have been common knowledge since at least 2001. Multiple federal warnings about that model have been issued over the last two decades, schools are prohibited from using them to transport students, and many car insurance companies refuse to cover the E350s.

Since 2001, 600 people have been fatally injured in accidents involving these vans.

Despite all of these clear warnings, many organizations, such as church groups, continue to use these vehicles today. Their appeal lies not only in their 15-seat capacity but also in the fact that the driver does not need a commercial driver's license, as is required when driving a school bus or other large commercial vehicle.

But organizations that still use these vans are putting their passengers at an elevated risk of being injured in an accident, especially if the vans are filled to capacity. The National Highway Traffic Safety Administration (NHTSA) compiled auto accident data on the Ford E350 and found that when the rear of the van was fully loaded, it changed the center of gravity. This greatly increased the risk of the van rolling over or the driver losing control when a tire blows.

According to a 2004 statement released by the NHTSA: "The odds of a rollover for a 15-passenger van at its designed seating capacity is more than five times the odds of a rollover when the driver is the only occupant in the van... this compares to ratios of close to two for SUVs and Minivans, 1.6 for pickup trucks and 1.2 for passenger cars."

After a devastating accident, it's hard to know what to do. Between dealing with hospitals and insurance companies, it can feel completely overwhelming.

The Massachusetts auto accident attorneys at the Law Offices of Mark E. Salomone have been expertly navigating these complex legal processes for decades. Our dedicated attorneys have helped countless people just like you get the care and compensation they deserved.

If you or a loved one was injured in an accident, you need the best legal team in Massachusetts fighting on your behalf. You need the Law Offices of Mark E. Salomone. Contact us today.