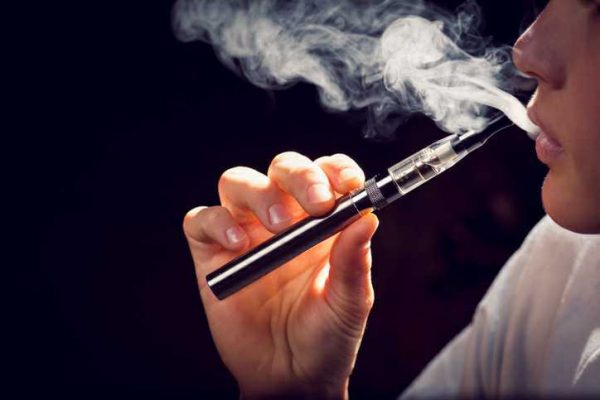 Young adults face a dramatic increase in the risk of respiratory diseases when they use electronic cigarettes, commonly known as vaping, according to a major U.S. study. Researchers found they are more likely to develop asthma, chronic obstructive pulmonary disease (COPD) and suffer other serious health issues.

The study, "Association of Electronic Cigarette Use With Incident Respiratory Conditions Among U.S. Adults From 2013 to 2018," collected information from 21,618 respondents. It found 7,405 respondents had used e-cigarettes, including 2,329 current vapers. In all, 1,460 respondents reported suffering from at least one respiratory disease. They included:

This is because e-cigarettes contain harmful ingredients, including heavy metals and ultra-fine particles. They have been linked to an increase in impaired immune responses, as well as having a toxic impact on lung cells and causing other lung injuries.

Numbers behind the dangers

The statistics are alarming because of the popularity of vaping among young people. Researchers also pointed out those who do not show early symptoms of respiratory disease may still develop problems later in life.

In what should be seen as a shocking warning, scientists conclude people who currently use e-cigarettes, when compared to healthy people, are 43 percent more likely to develop lung diseases. Even former users are in danger, with the study finding 21 percent at greater risk.

Advocates say the study and others like it underscore the need for state and federal regulatory standards to ensure product safety. They also call for the documentation of related health records to learn more about the dangers of vaping and to develop programs aimed at reducing the popularity of this dangerous habit.

Fighting the dangers of vaping

The simple fact is, many young people are going to experiment with different substances, from alcohol to illicit drugs to e-cigarettes. Taking notice, Massachusetts has begun taking steps to reduce vaping. In particular, it has severely restricted the sales of flavored e-cigarettes, which are especially popular with young people.

Yet vaping products - legal or not - remain readily available. If a young person in your family has suffered severe health consequences from vaping, you may feel helpless. They may have given into temptation, but that does not mean you have to accept their fate.

The personal injury lawyers at the Law Offices of Mark E. Salomone have helped countless families just like yours throughout Massachusetts since 1985. We have the resources and the clout to take on e-cigarette manufacturers who refuse to take responsibility for their dangerous products. We will aggressively pursue justice and a fair financial settlement for you and your family. Contact us today for a free consultation.