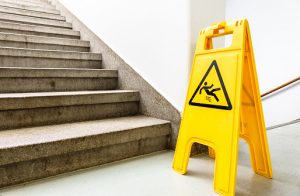 Tourism in Massachusetts generates an estimated $18.5 billion in revenue - including approximately $4 billion in wages, according to statistics released by the state revenue department last year.

That benefit is accompanied by great responsibility for those who provide lodging to visitors. Premises liability law allows guests at a hotel (classified as "business invitees" for legal purposes) to expect the property owner/manager to maintain the site in a reasonably safe condition, free of foreseeable risk of harm. In negligence law, this is called a "duty." When this duty is breached and injury results, individuals may have cause to pursue legal action against the property owner for damages, including medical bills, lost wages and pain and suffering.

Boston injury lawyers recognize far too often property owners place profits before patrons, cutting corners when it comes to adherence to building codes and mitigation of risks that may not be obvious to guests. This can include so-called "slip-and-fall" cases, where a transitory substance on the floor or uneven walking surface causes someone to fall and sustain injury.

But these aren't the only kinds of falls. Balcony and window falls, for example, can pose a serious threat to patrons. If the hotel failed to address a foreseeable risk in this regard, it may be held liable.

This is the allegation in the pending case of Lawrence v. La Jolla Beach & Tennis Club, recently weighed by the California Court of Appeal, Fourth Appellate District, Division One. Although this is an out-of-state case, it holds relevance for tourists and guests of Massachusetts hotels.

Here, a 5-year-old boy suffered severe head and brain injuries after falling from a second-story hotel window onto concrete below. The boy's mother had opened the window for a fresh breeze. She and the boy's father were nearby, but preoccupied. The boy's twin siblings were nearby, coloring. He was coloring too, his parents thought. But it got quiet for a moment. When they couldn't find him, they looked out the window and, to their horror, saw the boy had fallen.

His parents filed a lawsuit against the property owners, alleging negligence, dangerous condition of property and negligent infliction of emotional distress.

Even though the windows complied with applicable building codes, it did not mean the defendants were not negligent.

The plaintiffs offered deposition testimony of the hotel's former director of operations, who testified he made the decision to place bars on the bay front windows because numerous guests had leaned on the windows and caused the screens to fall out. Specifically, he said there was concern people would fall out of the windows.

However, bars were not placed on the plaintiff's guest room, as it faced a different direction. But this fact indicated the hotel could have foreseen a potential fall.

Another expert witness, a mechanical engineer, testified there were no restrictive devices to keep the windows from opening all the way, and the screens provided no safety resistance. He asserted that in his professional opinion, the room was in a dangerous condition on the day of the incident, and defendants were negligent in failing to provide any safety measure to prevent a window fall.

He also noted more than a dozen children die every year due to window falls. The accident was foreseeable, he asserted, and had defendants done something as simple as install a thumb screw or wooden bar in the window, the fall would not have occurred.

The appellate court noted the well-established principle that hotel owners have a special relationship with guests that requires protection from unreasonable harm. The question is often not whether a duty exists, but the scope of that duty.

When it comes to children, the court noted there is a greater degree of care generally owed because children fail to appreciate certain risks and avoid danger. This is not to say hotels assume full responsibility for the well-being of every child guest or that owners and managers must anticipate every possible scenario. However, when children are accepted as guests, the property owner must take care to prevent foreseeable harm, taking into account the spontaneous and instinctive nature of children.

Here, an appellate court found it reasonably foreseeable a parent would open a window at a hotel, and that a young child might fail to appreciate the screen in place is not designed to serve as a protective device and subsequently fall. The defendants failed to present sufficient evidence that no such duty was owed.

The court thus reversed and remanded for consideration by a jury.

If you were injured or a loved one was injured or died in an accident, contact the Law Offices of Mark E. Salomone. We provide aggressive representation for people injured in Boston, Worcester, Springfield, and communities throughout Massachusetts. Call 1-800-WIN-WIN-1 for a free consultation. Pay nothing unless you win.