How Safe Are Connecticut Roads? 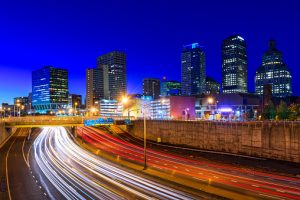 This summer, a financial news and opinions site called 247 Wall St. released their analysis of motor crash death rates in 2016 to determine which states had the most and least dangerous roads. Of the 50 states, Connecticut ranked 43, meaning that only six states showed fewer signs of danger than Connecticut did.

While this is great, it is a relative scale. The nearly 300 lives lost on Connecticut roads during the study period are a testament to our need for improvement.

The news site Patch examined the results of the study and noted that Connecticut suffered 293 roadway deaths in 2016, at a rate of 8.2 per 100,000 citizens. The Christmas travel season claimed the largest number of lives out of every holiday, with five fatalities that year. Only 13 percent of the total fatalities happened on rural roads, and an estimated 89 percent of people on the road wore their seat belts.

These last two factors are important to note. The least safe states tended to be those with a high number of rural roads, which frequently have higher speed limits and a greater number of solid objects on the side of the road, such as trees, compared to urban or suburban roads. Seat belts, meanwhile, have been shown repeatedly to be a crucial part of driver and passenger safety, and their use reduces the chances of death in the event of an accident.

It is good to be among the safest states in the country, but we can do better. Just last month, three lives were lost in the span of a week as one woman was killed in a hit-and-run accident in Hartford and another two were killed when a vehicle on I-91 struck a stopped car and a pedestrian attempting to help. These are somber reminders that every single death on our roads is one too many.

We urge all drivers to take great caution, to be mindful of changing road conditions, and to take seriously the responsibility they hold for the safety of themselves and others. We recommend always being fastened in a seat-belt or age-appropriate seat. However, there is nothing responsible drivers can do to prevent the reckless behavior of others.

If you or a loved one was injured in a car accident, our law firm can help you seek the justice you deserve.