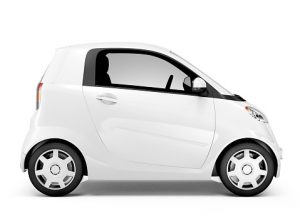 Most drivers would guess that being in a smaller car could lead to more serious injuries in the event of an auto accident, and they're right. But a new study shows that the gap between smaller and larger vehicles is even bigger than you might think.

According to a CBS report on the study, the seven deadliest cars in terms of driver deaths per 1 million registered vehicle years are all classified as "small" or "mini" vehicles Each of those seven vehicles had a fatality rate over 80. By contrast, the 11 safest vehicles by the same measure-which are all large luxury cars, pickup trucks and SUVs-had a fatality rate of 0.

The study, published by the Insurance Institute for Highway Safety, used fatality data from 2012 through 2015, which is the most recent year for which comprehensive data is available. The study data highlights a flaw in the vehicle crash ratings that car buyers usually consult. In controlled crash tests, vehicles are tested against other models in the same class. But in real-world auto accidents, smaller vehicles are often involved in collisions with larger vehicles and that puts the driver of the smaller car at a severe disadvantage.

There's some good news as the IIHS data drills down into specific model years of vehicles: On the whole, there is some trend toward improvement. For instance, the 2011 Kia Rio-the most dangerous 2011 model-had a death rate of 149, while the 2014 model's death rate was significantly lower at 102. Likewise, the Hyundai Accent's death rate fell from 120 for the 2011 model to 104 for the 2014 model. Both vehicles were redesigned in 2012.

However, it's also important to note that fatalities overall are on the rise due to an improving economy. People are getting jobs, getting vehicles and driving more, and with more cars on the road, fatalities will increase as well. Improved safety equipment is helping to prevent fatal collisions, but those efforts only go so far. The primary causes of fatal accidents continue to be negligence: distracted driving, fatigued driving, speeding and driving under the influence.

We strongly recommend that motorists take data such as the IIHS survey into account when purchasing a vehicle. Again, crash test information from the manufacturers tells only part of the story. Drivers who are going to take their vehicles out in the real world need to have information drawn from real-world accidents-and when they're injured, they need real legal representation to rebuild their lives.