18 Locations
Home • Blog • Is it safe to drive after using marijuana?

Is it safe to drive after using marijuana? 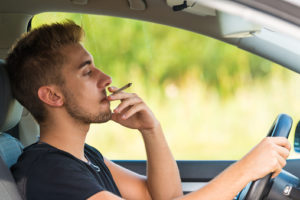 With more and more states, including Massachusetts, legalizing recreational use of marijuana, a growing number of drivers are wondering if it’s OK to get behind the wheel after using cannabis.

Decades of research have helped guide laws related to alcohol and driving. Studies into the effects of driving under the influence of marijuana are limited compared to drunk driving.

Is it safe to drive while under the influence of marijuana?

According to an article in The Zebra, studies have found that using marijuana can impair motor skills, thinking ability, and reaction time. Clearly, if you are impaired you should avoid getting behind the wheel because you are at risk of causing a car accident. But when is it OK to drive after using marijuana? Is it 2 hours? Is it 24 hours? There is no clear answer to the question, but here is what we do know:

Impaired drivers can be held accountable

According to The Zebra article, nearly 60% of drivers who use marijuana in states where it’s legal have admitted to driving under the influence. That means at any given moment, you could be sharing the road with someone who really shouldn't be operating a motor vehicle.

Impaired drivers who injure others in accidents must be held accountable for their actions. This is true whether the impairment is caused by alcohol, marijuana, or a combination of both. But unlike alcohol, no standard of testing exists to determine marijuana intoxication levels. A car crash caused by someone under the influence of marijuana could lead to a complicated insurance claim.

If you are injured in a crash with a driver suspected of being stoned, you should speak with an experienced attorney. A lawyer can help you decide the best course of action. If the insurance company is unwilling to agree on a fair settlement to cover damages such as medical bills or lost wages, the Law Offices of Mark E. Salomone can help guide you through a lawsuit.

Tell them you mean business. Contact us today for a free consultation. Our attorneys aggressively fight for the rights of accident victims injured in crashes, including those caused by impaired drivers. Talk to us right away. We're available 24 hours a day, and you pay nothing unless we win your case.