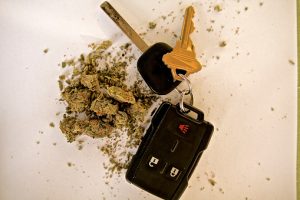 With marijuana decriminalized across Massachusetts and retail marijuana shops slated to open across the Bay State next year, many questions exist regarding the safety of drivers who get behind-the-wheel while under the influence of the drug. However, if recent studies serve as any indication, states preceding Massachusetts in legalizing marijuana - Colorado and Washington - have seen no change in car accident fatality rates compared to states without recreational marijuana legalization. While these studies represent good news for drivers, it's important to remember that unlike alcohol, no standard of testing currently exists to determine marijuana intoxication levels. If you or a loved one were injured in an accident and suspect the driver that caused your accident was under the influence of any substance, it's critical to contact a car accident lawyer immediately.

Are more drivers getting on the road under the influence of marijuana?

According to the American Public Health Association, researchers set out to evaluate motor vehicle fatality rates in Colorado and Washington and compare the results to more than a half-dozen control states between 2009 and 2015. Taking into account factors ranging from population to economic and traffic characteristics, researchers compiled data on accident fatalities both in Colorado and Washington, pre-marijuana legalization, as well as the control states. The American Public Health Association found that pre-legalization accident fatality rates in Colorado and Washington followed similar trends to the control states. Furthermore, over the course of a three-year period after marijuana was legalized in both states, researchers found no significant increases or decreases in fatal accidents, following similar trends as states yet to legalize the drug.

In late June, the Insurance Institute for Highway Safety released a statement finding that states where recreational marijuana use was legalized experienced a three percent increase in traffic accidents between 2012 and 2016. The study, conducted by the Highway Loss Data Institute, looked at the total amount of crashes in Colorado, Washington and Oregon, along with neighboring states, before and after the legalization of recreational marijuana in each respective state. Researchers found that Colorado experienced a 14 percent increase in car accidents compared to neighboring states Nebraska, Utah and Wyoming, while Washington recorded a six percent increase and Oregon recorded a four percent increase. It should be noted, however, that both studies used data only recording two specific types of accidents. Because no definitive testing exists for law enforcement officials to measure marijuana intoxication, no data currently exists surrounding the dangers of drugged drivers. But with laws quickly changing across the United States allowing recreational use of a substance that makes it dangerous to drive, it's more important than ever that drivers not only stay safe on the road, but know what to do if involved in a crash with a driver under the influence of alcohol or marijuana.