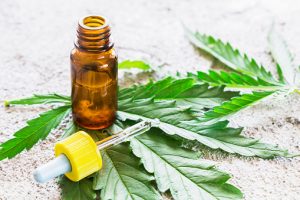 In more than 30 states, steps have been taken to decriminalize marijuana, to make it legal with a prescription or even to make marijuana legal for recreational use.  In Massachusetts, medical marijuana is legal but the roll out has been accompanied by a number of issues. Go Local reports that medical marijuana dispensaries have paid millions of dollars to the state, but remain unopened. In October, patients and advocates also launched a protest against the Department of Health for continued delays in implementing the medical marijuana program that voters approved in a 2012 ballot measure and that was supposed to become operational this spring.

Unfortunately, even as Massachusetts lawmakers struggle to find an effective way to facilitate medical marijuana use in the Commonwealth, safety advocates contend we don't understand the impact of THC consumption on driving ability. THC is the active ingredient in marijuana, and some states have begun to regulate the amount of active THC in a person's blood stream in order to prevent stoned driving. However, any car accident lawyer knows it as an inexact science at best.

States need to understand the potential risks associated with stoned driving and researchers need to come up with more definitive answers on the impact of marijuana so that laws can be passed to protect the public. Additionally, drivers need to be aware of the risks of impairment and make smart choices to avoid endangering themselves and others.

Stoned Driving is a Serious Risk for Motorists

The number of people on the roads who have consumed cannabis products has increased as the laws have become more relaxed on the use of marijuana. According to USA Today, researchers from Columbia found that while just four percent of drivers had THC in their blood streams after a deadly collision in 1999, 12 percent of motorists tested positive for THC after a fatal crash in 2012. A 2007 roadside survey conducted by the National Highway Traffic Safety Administration found as many as 8.6 percent of drivers tested positive for active THC. Marijuana has gained even more widespread acceptance since that study.

It is troubling that the number of stoned drivers is increasing despite lack of knowledge about what driving stoned does to your ability to be safe behind the wheel. One safety expert for AAA has likened the approach to stoned driving to trying to paint a plane while flying it. States and scientists are trying to figure out how to keep people safe from stoned drivers even as they move forward with allowing broader access to marijuana.

One problem with effective regulation is that the amount of active THC in someone's body does not necessarily correlate to the level of impairment. Further, research is mixed on what driving stoned does to driving abilities. Some studies have suggested stoned drivers are relatively safe because they are often slower and less aggressive than other motorists. However, data has also shown THC use can impair judgment, reduced reaction time and reduce peripheral vision.

Motorists should refrain from driving after consuming cannabis products and states should continue to move forward to find effective ways to regulate driver impairment.