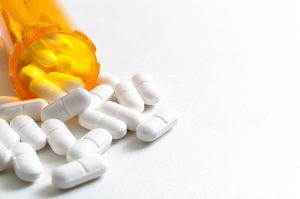 The United States is currently in the throes of a vast opioid epidemic. With prescriptions of opioid prescription drugs quadrupling since 1991, the abuse of the drugs has also seen a steep increase across the nation and is now believed to be impacting the rate at which drugs of this class have been a factor in auto accidents. This summer, a recently released study on the effects of opioid drug use on the nationwide rate of fatal auto accidents began to shed some light on the scope of this problem.

According to CBS News, reporting on a recent study by Columbia University, the influence of opioid drugs on fatal auto accidents has increased sevenfold in the same time span. This is a major concern for drivers and traffic safety advocacy groups, such as the Mothers Against Drunk Driving. J.T. Griffin, MADD's chief government affairs officer, said, "MADD is concerned about the rising use of opioids across the nation and the effect these drugs have on the safety of our roadways," which poses unique problems as there is no devoted and reliable test to identify opioids in drivers like those that exist for alcohol. However, Columbia University was able to isolate a means of collecting some valuable data on the impact of opioids on auto accident fatalities.

Their study, which studied two decades of data from the Fatality Analysis Reporting System, focused on drivers who died within one hour of an accident in six states that routinely run toxicology tests on victims of fatal accidents. Locally, these states included New Hampshire and Rhode Island. Due to the limited scope of the available data and the lack of previous study into this matter, a lead researcher named Stanford Chihuri stated about prescription opioid use that "additional research is urgently needed to assess its role." The other lead researcher, Guohoa Li, MD, DrPH, also warned, "The opioid epidemic has been defined primarily by the counts of overdose fatalities.  Our study suggests that increases in opioid consumption may carry adverse health consequences far beyond overdose morbidity and mortality."

While our commonwealth was not included in the parameters of Columbia's study, it is not difficult to imagine what impact these results are having on local roads. Massachusetts is well ahead of the national average in fatal opioid-related overdoses, actually reaching double the national average in 2014. The rate of growth for the epidemic here has become such an issue that the state government created Chapter 55 specifically to study and find ways to combat this rise in August 2015. According to Chapter 55's latest study, released this August, the opioid epidemic in Massachusetts is still increasing and claiming victims. More opioids in use in our state may mean more opioids on our roads, contributing to a rising problem seen across the country. With most existing means of research into the effect of opioids limited to overdose statistics, it is especially important that victims of other overlooked aspects of the opioid epidemic, such as auto accident victims, come forward and seek legal aid to receive the justice they deserve.