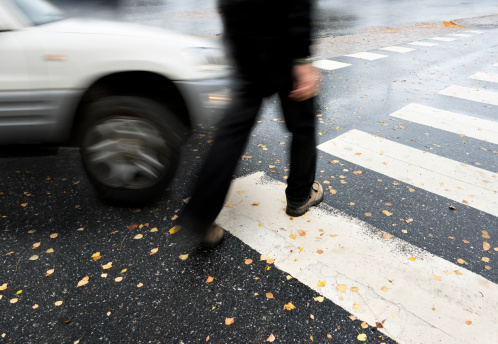 In recent years, vehicle technology has inched closer to a future previously only depicted in sci-fi movies. Things have come a long way, but more research and work must still be done to protect consumers and road users.

Among the many emerging vehicle safety features coming standard in some new cars, automatic braking with pedestrian detection has recently come under scrutiny, according to the American Automobile Association (AAA).

What are automatic braking and pedestrian detection?

Automatic braking systems are designed to lessen the severity of collisions or prevent them altogether. Once the system's sensors detect an imminent collision risk - such as a sudden halt in traffic - the brakes are automatically applied to slow the car or bring it to a stop.

Pedestrian automatic emergency braking (PAEB) works the same way. The difference is that the sensors are specifically designed to detect pedestrians who enter the roadway in the direct path of a car.

According to the National Highway Traffic Safety Administration, PAEB systems are designed to prevent the following types of crashes with pedestrians:

How consistent is this technology?

If you're purchasing a new car that comes standard with automatic braking or PAEB technology, do so with caution. After running a series of tests, AAA researchers found that PAEB technology works inconsistently when used in situations where pedestrians are most likely to be hit by a car. What's even more alarming, PAEB systems were deemed completely ineffective when used at night.

What did the test results show?

The tests found that:

You can see for yourself by watching the Youtube video below:

Why drivers should always be fully engaged

Relying solely on any kind of vehicle safety technology is a dangerous thing to do. No matter how advanced a safety feature may be, it's not foolproof. According to AAA, PAEB technology should only serve as a backup, not a substitute for driver responsibility. AAA also suggests that drivers using this technology do the following:

If you or a loved one was hurt in a pedestrian crash, you likely sustained serious and debilitating injuries. Enduring the recovery process, financial devastation, and pushy insurance companies can be overwhelming, even frustrating.

The experienced Connecticut car accident attorneys at the Law Offices of Mark E. Salomone & Morelli want to make the process easier for you. We'll investigate the cause of your crash, negotiate with insurance companies, and fight to maximize your compensation.

Let us do the work for you, so you can focus on recovery. Contact us online today to schedule your free case evaluation with our legal team.