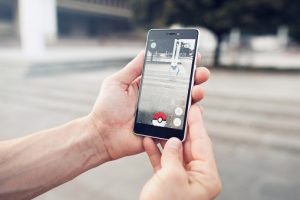 It's common knowledge that you shouldn't text and drive, as you are putting yourself and others at risk. The mass adoption of mobile phones and texting also brought along increased efforts to prevent texting while driving. The hope was that those efforts would decrease distracted driving due to phones overall, but that may not have been the case.

Last month, a study from Purdue University was published that examined the connection between smartphone usage and an increase in car crashes using the popular app Pokémon Go. From 1985 to 2011, vehicle crash and fatality rates dropped steadily (albeit with some fluctuations) over the 25-year period. Since 2011, however, that trend has reversed course; the study notes that while mobile phones have been prevalent since before 2011, smartphone app popularity has grown considerably since then. The Wall Street Journal has reported a possible connection between the increased availability of apps and increased insurance premiums over the same time period. However, there are a number of factors at play, so it has been difficult to make a definitive connection.

The advantage of studying Pokémon Go

Pokémon Go gives researchers a chance to control the many factors at play in a traffic accident. The game is tied to specific landmarks, such as public art or government buildings, which are considered either PokéStops or Gyms. The PokéStops are places where users can restock on supplies with a push of a button, while Gyms are competitive locations that are next to impossible to interact with while driving (unless the user is extremely reckless, which would be an outlier).

The study predicted that crash rates around Pokémon Go locations would have disproportionately increased following July 6, 2016, the release date of the mobile game. Due to the ease of interaction of PokéStops compared to Gyms, the study also predicted that the former would have a significantly higher increase in crashes.

What the study revealed

Much of what the study predicted ended up being true. Analysts examined close to 12,000 police reports filed in Tippecanoe County, Indiana, over 148 days following the release of the game. The county is home to Purdue University, a school that enrolls slightly more students than UMass Amherst and is comparable to the student population in the Springfield - Hartford area. These students are a demographic more likely to play the game and researchers took into account when they were present for classes compared to their absence during vacations.

The analysts found that the increase in crashes near PokéStops was significantly higher compared to the rest of the county, including the game's Gyms. While the entire increase certainly could not be attributed to the game, Pokémon Go was found to account for 47% of that increase when controlling for other factors, equal to 286 more crashes. The game could also account for 22% of the increase in damages, or $498,567 worth of damages, and 25% of the increase in injuries, or 31 additional injuries. Sadly, the game could also be connected to 2 additional deaths.

The study notes that the increase may not be a direct result of players using the app while driving but might also be a result of a general increase of traffic near the locations due to the game's influence, as some players may first pull over to interact with the locations. More cars in an area creates results in more chances for drivers to be involved in an accident.

The Law Offices of Mark E. Salomone would like to remind everyone to not use your phone while driving, as it puts yourself and others at risk for injury or death. If you or someone you know was the victim of an auto accident caused by a distracted driver, contact our lawyers and schedule your free case evaluation today.