18 Locations
Home • Blog • What Is the Rate of Seat Belt Use in Massachusetts?

What Is the Rate of Seat Belt Use in Massachusetts? 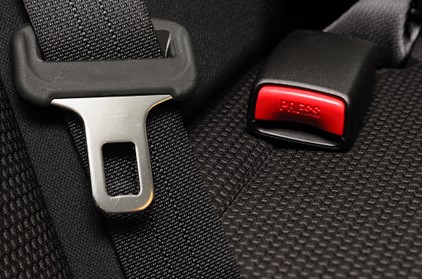 A car accident lawyer reveals what drivers should know

Car accidents can lead to serious injuries or worse, which is why Massachusetts law requires every person in a motor vehicle to wear a seat belt. According to ValuePenguin, 43 percent of deaths in traffic accidents involved people who didn’t buckle up.

ValuePenguin, which provides research and analysis on a variety of topics, recently detailed national seat belt and car seat statistics, including a breakdown of states where seat belt use is low. Massachusetts was ranked No. 5, tying with Arkansas. Drivers and passengers in most other states have a higher rate of seat belt usage.

In Massachusetts, ValuePenguin reported that 82 percent of drivers and passengers wear seat belts. The average rate for the entire United States is about 90 percent.

Will not wearing a seat belt affect my accident claim?

If you are in an accident caused by someone else’s negligence, you may be entitled to compensation through an insurance claim. Injuries can have a serious financial impact. You might need help to pay for medical bills and other accident-related expenses, such as loss of earnings.

But some accident victims who are injured through no fault of their own might not have been wearing a seat belt. Even in the most straightforward cases, insurance claims can be complicated. When not wearing a seat belt is a factor, the claim could become even more complex than usual. An insurance company adjuster for the other driver will look for ways to place blame on the injured person. They might argue, for example, that a serious head injury could have been avoided if the victim was buckled up in the crash.

An experienced car accident lawyer can investigate the crash and may be able to determine that wearing a seat belt would not have made a difference. That’s why after a crash, it’s critical to talk to an attorney about your legal rights and options.

What to do after an accident

Insurance companies may reach out to an accident victim to ask questions about the crash. They are hoping the victim will say something that will show they were somehow at fault. That’s why it’s important not to talk to the other driver’s insurance company. If you were in an accident, you might tell the adjuster, “I was not wearing my seat belt,” which could be used against you.

While you might think you’re being helpful by answering the adjuster’s questions, it’s important to speak with a car accident attorney before talking to the insurance company. An attorney can offer advice on what to say – and not say – after the crash. An experienced attorney can also stand by your side and protect your rights.

After a car accident, contact the Law Offices of Mark E. Salomone for a free consultation. We are safety advocates and encourage everyone to wear their seat belts. We also know that people seriously injured in car accidents deserve to be treated fairly. Talk to us before you talk to the insurance company. We will listen to you and help you decide the best course of action.

If you’re looking for a knowledgeable lawyer in Massachusetts, tell them you mean business! Call us today or contact us online. Your case evaluation is free, and you pay nothing unless we win your case.