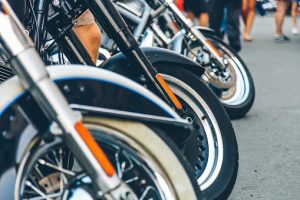 A Massachusetts man involved in a motorcycle accident two years ago is sharing his story with others and urging caution on the roads. According to ABC, the man was riding his motorcycle at about 10:00 in the morning in September 2012. He had a helmet on and was heading to meet a friend for breakfast. His motorcycle was struck out of nowhere, sending him flying 30 feet in the air. The driver hit the gas and ran him over, resulting in 38 broken bones. He is now paralyzed from the sternum down.

Unfortunately, his story is not unusual. Drivers often fail to follow safety rules or to share the road in a careful way to protect motorcyclists. Victims injured by a motorcycle collision can speak with accident attorneys in Springfield, MA for help making an injury claim.

The Governors Highway Safety Association reports a seven percent decline in the number of people killed in motorcycle accidents nationwide in the first part of 2013, as compared with the same time period in 2012.

Massachusetts also saw a major decline in motorcycle fatalities during this time. In the first half of 2013, there were just nine motorcyclist deaths in the state as compared with 20 fatalities in the first six months of 2012. This is a decrease of 55 percent. Unfortunately, more fatalities occurred over the next several months. Within the first nine months of 2013, there were a total of 28 motorcycle rider fatalities in Massachusetts. This was still a 39 percent decrease from the 46 deaths that had occurred in the prior year.

At first glance, this decline in fatalities may seem to suggest that the roads are becoming safer for motorcycle riders. Unfortunately, an article on Forbes indicates that this is not the case. While it is true that fewer motorcyclists were killed in 2013, this happened not because of increased safety but instead because the weather was worse over the course of this year. It was both colder and wetter in 2013 as compared with the same time period in 2012. The bad weather discouraged riders and, with fewer motorcyclists on the road, there were fewer fatalities.

Steps need to be taken to ensure that the roads are safe for motorcycle riders even in situations when the weather is good.  May is Motorcycle Safety Awareness Month because it is a good time to remind drivers and riders of best practices for driving safely since the weather is getting warmer. The National Highway Traffic Safety Administration (NHTSA) has published some tips for drivers and motorcyclists to help improve conditions and reduce motorcyclist deaths.  The NHTSA recommends:

By following these tips, lives can hopefully be saved and the motorcycle death rate could continue to fall.