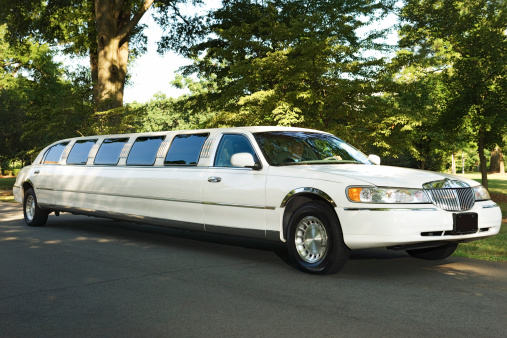 Last year, we weighed in on the devastating limousine crash that killed 20 people in upstate New York. The crash involved a 2001 Ford Excursion stretch limo. The accident marked the worst catastrophe there since a 2009 plane crash that killed 49 people.

According to previous reports, the driver of the limo wasn't properly licensed to operate the vehicle. In addition, the limo (as well as other vehicles owned by the company) had previously failed inspection. It was deemed unsafe to drive, as a result of that inspection.

Nearly one year after the tragedy that took the lives of 17 passengers, two pedestrians, and the driver, the National Transportation Safety Board (NTSB) called on the National Highway Traffic Safety Administration (NHTSA) to implement new limo seat belt requirements, according to NBC News.

The requirements requested by the NTSB applied to vehicles modified to be used as limos included:

According to the NTSB, none of the 17 passengers were believed to be wearing seatbelts at the time of the deadly crash. Even if they did wear seatbelts, the NTSB stated that they "would not have provided adequate protection" due to their poor design.

The NTSB sought an in-depth inspection of the limo involved in the crash. The board complained that law enforcement officials hindered their ability to do so, however. The Schoharie County District Attorney (who prioritized the criminal trials) and the NTSB were able to reach a deal, allowing them full access to the limo.

In addition, the parents of the limo crash victims - as well as those of the victims of the 2015 Long Island limo crash that killed four people - have urged New York lawmakers to place tighter regulations on limousines. Specifically, this includes:

We don't often hear about limo crashes, but when we do, they usually involve serious injuries or fatalities. Between 2012-2016, there have been 12 fatalities related to limo crashes. The tragedy that occurred in 2018 should serve as a wake-up call that stricter regulations are needed to prevent a catastrophe like this from occurring again in the future.

How safe are Massachusetts limos?

Massachusetts currently has laws in place to ensure that limos are properly inspected and drivers have the required licenses. According to Masslive, very few limo companies in Massachusetts have been cited for violations.

Katie Gronendyke, a spokeswoman for the state Executive Office of Energy and Environmental Affairs, explains:

"The Department of Public Utilities regularly inspects Massachusetts livery companies' operations, drivers, and vehicles, and all livery vehicles are also required to be inspected annually by a MassDOT-licensed inspection station."

The Federal Motor Carrier Safety Administration offers a searchable list of citations issued to limo companies. Companies that are out of compliance with any safety requirements are deemed "conditional." None of the companies operating in Massachusetts were found to have any crashes on their records.

Some violations cited in Massachusetts include:

If you or a loved one was injured in a limo crash, speak to an experienced Massachusetts car accident attorney as soon as possible. The legal team at the Law Offices of Mark E. Salomone will launch a thorough investigation and look for clues of driver negligence, improper licensure, failed vehicle inspections, or mechanical defects that the company failed to address.

Perhaps the limo crash you were injured in was caused by the driver of another vehicle who was distracted, impaired, or behaving recklessly. Our attorneys will get to the facts and help you build a strong legal claim. To learn more, contact us online today and schedule your free case evaluation.