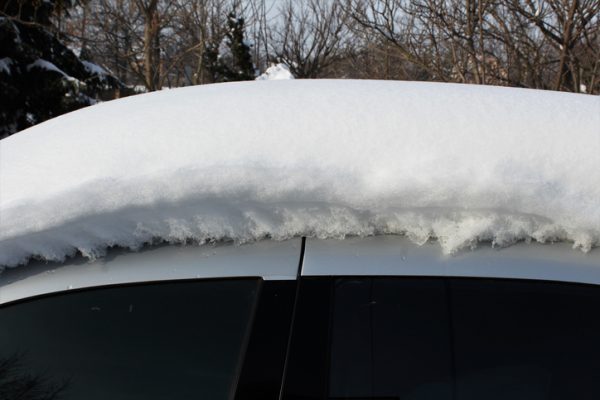 After a snowstorm hits Connecticut, you likely see that some drivers clear only enough snow to see out of their windows and windshields - and they do so at the expense of others.

Blowing snow can blindside other motorists, creating visibility problems and swerve risks. Sheets of hard, compact snow and ice can fly off the roofs of cars and trucks and smash into other vehicles.

This problem recently gained regional attention after a New Hampshire Department of Transportation worker sustained serious injuries. In January of 2019, Bill Taylor just finished work for the day. While he was on his way home, a large chunk of ice flew off the top of a tractor-trailer truck, smashed through his windshield, and struck him in the head.

Taylor was rushed to a local emergency room. He sustained a 3-inch gash on his forehead and had shards of glass stuck in his hands and face.

"I could have died if it had hit me in the neck and throat," said Taylor.

Taylor recovered from his injuries and was able to return to work, according to CBS Boston.

Connecticut State Police issued a warning to motorists and truck drivers at the start of the 2019-2020 winter season.

In 2019, Connecticut State Police issued 372 citations to motorists and nearly 150 to truck drivers.

"We know that whenever chunks of ice or snow go flying from vehicles traveling at 55, 65 or even 75 miles an hour, it becomes a hazard for our motorists," said spokesman Trooper Josue Dorelus.

In December, state police tweeted a picture of a snow-laden car driving on a major Connecticut road. The slogan read "Cost of an ice scraper $10.00. Cost of not cleaning off your vehicle $120.00. You do the math."

You do the math ❄️ 🧹 🚘 pic.twitter.com/MqfBQrRpZC

It takes only minutes to clear snow off the roof of a car. It may take longer for truck drivers to clear snow from the tops of semi-trailers, but it's worth the effort. The longer snow stays on the top of a vehicle, the harder it becomes to remove. Soft snow can, over time, become encrusted and endanger other drivers, especially on high-speed roadways.

If you notice snow or ice flying off another vehicle, it's best to keep your distance and note the driver's license plate number. If you were injured in a crash due to falling snow or ice, it's critical that you take legal action. Speak to an experienced Connecticut car accident attorney who will fight to maximize your compensation and hold negligent drivers accountable.