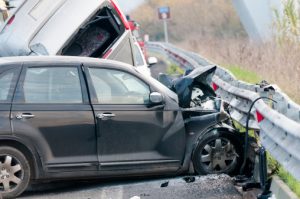 From January to the end of June 2018, approximately 18,720 people died in traffic accidents in the United States. That is 2,436 more people than the capacity of the XL Center in Hartford.

So far this year, according to the NSC, there have been 50 fewer fatalities on the road. While an estimated 2.1 million people have suffered crash-related injuries, those numbers are down one percent from a year ago.

Still, the U.S. is on course to surpass 40,000 deaths on roadways again this year, according to preliminary figures released  by the NSC and based on state-reported statistics.

"In some sense we are treading water right now,'' said Ken Kolosh, the lead researcher for the NSC. "And treading water is better than drowning, but it is not as good as moving forward and getting better.''

Possible solutions to the problem

The group Advocates for Highway & Auto Safety has called the trend a "public health epidemic" as part of a call for stricter traffic laws.

In response, some cities have adopted "Vision Zero" policies to reduce traffic deaths for all users. Los Angeles and Portland, Oregon have lowered speed limits on some streets.

"Cars are getting safer," Kolosh said, noting rear-view cameras and lane departure warnings becoming standard on a variety of new vehicles. "But not everyone trades in their car to get the latest safety technology, so safety improvements vehicle wise take many, many years, if not a decade, to trickle into the system."

Kolosh added that speeding, drunk driving, distracted driving and not wearing a seatbelt all remain consistent reasons for traffic fatalities.

Last year more than 6,000 pedestrians died in this country after being hit by a vehicle. Safety advocates believe those deaths should be part of the conversation when it comes to traffic safety, suggesting the following, especially in cities:

If you need a personal injury attorney for road accidents or any other reason in Connecticut, contact the Law Offices of Mark E. Salomone & Morelli. We're here to help you every step of the way.