Traffic Safety Data Not Providing the Public with an Accurate Picture 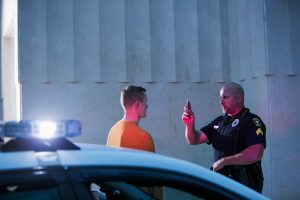 According to the Executive Office of Public Safety and Security in Massachusetts, a total of 349 people lost their lives in motor vehicle accidents in Massachusetts in 2012. During this same time period, 4,384 people suffered serious injuries.

Although thousands of people are injured or killed in auto accidents each year in Massachusetts and nationwide, the National Highway Traffic Safety Administration wants the public to believe our country has done a really good job making the roads safer. A veteran personal injury lawyer knows, however, that while we have reduced the number of fatalities since the death toll peaked in the 1970's, other countries have done much better and saved many more lives.

Traffic Safety Data is Misleading to the Public

The highest number of motor vehicle accident deaths recorded in the United States occurred in 1972. Since that time, there has been a 41 percent reduction in the motor vehicle accident fatality rate. Although accident deaths again increased in 2012 compared with 2011, the National Highway Traffic Safety Administration tried to spin this data by pointing out that the number of people dying each year is much, much lower than in the past.

When comparing how the U.S. has done with road safety issues to how other countries have done, 25 other locations did better than our country in cutting down on the number of deadly crashes. Recently, USA Today postulated why this was the case and suggested that the NHTSA is not focused on the right things.

On the NHTSA website, for example, news stories focus on vehicle-to-vehicle communication, advances in air bags, and advances on car seat safety. Other countries, by contrast, have focused on changing driver behavior with aggressive laws against distracted driving; the more widespread use of radar speed controls; and the more widespread use of red light cameras. These efforts aim to prevent accidents by making people be safe, rather than improving technology to mitigate the risks of human error.

Technology can fail and is an imperfect way to deal with traffic problems. The recent recalls of GM cars due to faulty ignition switches shows that a reliance or dependence on technology can backfire with devastating consequences.

If our legislatures and regulators were more focused on changing driver behavior, as many as 20,000 lives could have been saved in 2012 alone. A shift in focus could make a big difference in helping to keep Americans safe on our country's roads.