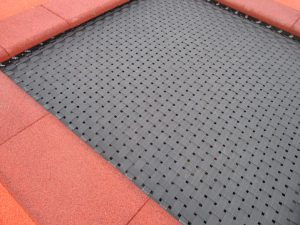 Trampolines have been immensely popular for as long as they have existed, to the point where there are now places making a business out of having large trampoline structures in a building. Places such as Flight Fit n Fun in New Britain allow patrons the experience of performing jumps, flips, and tricks that may be impossible without assistance and prohibitively dangerous on the standard back yard trampoline.

The large jumping surfaces, padded areas, and posted guidelines create a sense of safety that outdoor trampolines do not offer. However, these appearances may be deceiving.

In a recent investigation performed by NBC Connecticut Troubleshooters, at least 389 injuries were discovered at Flight Fit n Fun just in 2017. Their search was much larger, however, finding injuries at three dozen trampoline centers in Connecticut, New York, and New Jersey. In New Jersey, they were able to access video footage of at least three distinct ankle accidents, with victims aged 5, 12, and 40. Many of the injuries uncovered by the investigation were to the leg, ankle, or arm.

Dr. Steven Rogers, from Connecticut Children's Medical Center in Hartford, worked with colleagues to study trampoline injuries and found a massive increase in cases. Where there had been 581 trampoline park-related injuries in emergency rooms in 2010, the number had jumped to 6,932 in 2014. This is an increase in just a few years of over 1,000 percent. In discussing the report, he told NBC that "if your children are going to use the trampoline, which we recommend they don't, then you need to make sure as their parent, the trampoline is safe."

Currently, there are no legal standards of safety for trampoline parks. Owners of such parks have to rely on advice from bodies like the International Association of Trampoline Parks and information gained from known injuries to establish the best safety protocols they can. Flight Trampoline Park, for instance, requires that customers watch safety videos, that staff ensure safety guidelines are posted in clearly visible locations, and that trained floor and safety monitors are in place. The owners, who operate ten parks across the United States and Canada, claim that their concern for customer safety has actually decreased injuries at their Cliffwood, New Jersey park in the two years since they took over. Flight Fit n Fun has been under their control since 2015.

Most physical activities come with some amount of risk, and this is to be expected. Parents must exercise wisdom in what they will allow their children to do and how actively they will ensure their children's safety. Without legal standards for trampoline parks, however, it can be difficult to know how effective a given park's safety systems will be. This lack of standards also means that when they are not operating a safe environment, it may be more difficult to hold them responsible for injuries.

However, when you or a loved one suffers a personal injury, you deserve justice. Show them you mean business. Contact The Law Offices of Mark E. Salomone & Morelli today to learn how we can help.