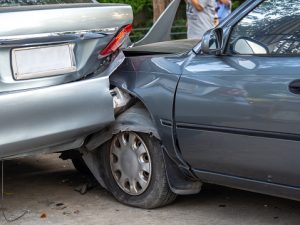 Every year, the United States Department of Transportation analyzes traffic data and releases an annual breakdown of trends. Last month, the fatal crash data for 2016 was released, and according to the National Highway Traffic Safety Administration (NHTSA) report, it shows an increase in all but two preventable types of car accidents. Overall, there were 37,461 traffic fatalities in 2016, which was 5.6 percent higher than 2015. While the number of miles vehicles traveled in 2016 was also higher than 2015, this was only a 2.2 percent increase. This means that the 1.18 fatalities per 100 million vehicle miles traveled in 2016 was an increase of 2.6 percent from the previous year.

The good news is that both the rates of distracted driving accidents and drowsy driving accidents went down. Distracted driving claimed 3,450 lives in 2016, a 2.2 percent decrease, while drowsy driving decreased by 3.5 percent, down to 803 fatalities. Other forms of reckless driving, and their non-driving victims, all showed increases. In fact, a full third of the total increase from 2015 was wrapped up just in motorcycle and pedestrian fatalities.

Pedestrian and motorcycle fatalities increased significantly, with deaths caused by a lack of seat belts following close behind. The largest increase was seen in pedestrian deaths, which jumped by 9 percent up to 5,987 fatalities. This was the highest number of pedestrian deaths since 1990. 5,286 motorcyclist lives were lost in 2016, the most since 2008, and a 5.1 percent increase from the year before. Unbelted deaths were up by 4.6 percent, claiming 10,428 lives. There were 10,111 deaths related to speeding, a 4 percent increase. Drunk driving claimed the largest total number of deaths at 10,497, but this was only a 1.7 percent increase from 2015. Finally, bicyclist deaths were the highest they have been since 1991, at 840 deaths, an increase of 1.3 percent.

Responses to the Traffic Data

94 percent of serious accidents come down to human choices. As such, there is much that can be done to reduce the number of lives lost on our roads, and the NHTSA is working hard to do so. In cooperation with state and local bodies, law enforcement agencies, and the Road to Zero Coalition, the NHTSA is seeking to address preventable accidents with the goal of eventually eliminating human error as a factor.

We at the law offices of Mark E. Salomone look forward to the day when no more lives will be lost to driver errors. Until we reach that point, however, there will continue to be victims on our roads, and those victims will need partners to help them see justice. If you or a loved one have been a victim of a car accident, tell us your story so we can be that partner for you.