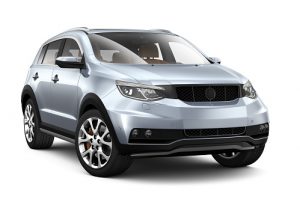 Car and truck commercials love to talk about crash ratings. We hear about them nearly every time a vehicle manufacturer shows up on our televisions. Sometimes the car is "highest in its class" or very selectively compared to a major competitor. They rarely, however, give more context than that, to help consumers understand where the vehicle ranks among everything on the market or what this crash protection actually means for your family in a real-world scenario.

To get a more direct and grounded picture of what is happening with vehicle safety, the Highway Loss Data Institute ran a report on insurance loss statistics, rating vehicles by type as well as specific make and model.

We encourage you to look at the report and find at least your own vehicle and any you may be considering to buy, but there's quite a lot to take in overall. Forbes provided a convenient survey of the best and worst results. Vehicles were scored on a system where the industry average would hold at 100, with lower numbers reflecting a better score.

There were very few surprises when classes of vehicle were compared according to relative claim frequency, such as how often the vehicles had an insurance claim. The larger the vehicle, the better its averages tended to be. The highest rating belongs to four-door micro cars at 215, followed by minicars holding 174, small four-door cars at 146, and mid-size sedans at 138.

At the other end of the scale, very large pickup trucks took the lowest number at 45, then large luxury SUVs at 55. Forbes suggests that this size distinction is due to raw physical forces. The article claims that "all else being equal, a larger and heavier vehicle will inherently provide its occupants better protection in a collision than will a smaller and lighter model."

When it came to comparing the relative severity of claims and overall losses, the inverse was generally true, but only generally. Large vehicles, when they were the subject of the claim, tended to be more significant claims. The HLDI suggested that a possible cause for this is that there are simply more people in larger vehicles, so accidents involving them have more injuries.

However, both the highest and lowest spots on this chart were held by fairly small vehicles, significantly breaking the size relation. Small luxury cars claimed the lowest rate at 81, while the top of the scale were small sports cars at 161. It also does not escape our consideration that vehicles that cost more will simply have a higher replacement value in their claims.

Regardless of your vehicle's size, you deserve to feel safe on the road. All vehicles sold in the United States have to abide by complex safety regulations, most do well in crash tests, and technology is helping vehicles stay away from accidents and protect passengers when crashes occur. The largest threat to drivers is human error, and we all have our own responsibility to curb that.

If you or a loved one have been the victim of a car accident, contact us today to find out how we can help you.