What the new cannabis law means to drivers in CT 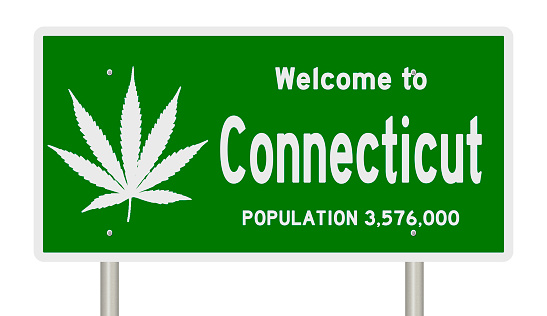 Connecticut is cracking down on marijuana users who cause accidents while high. New laws that call for enhanced training for police officers may lead to driver license suspensions for impaired motorists.

According to NBC Connecticut, police are concerned that the legalization of recreational use of cannabis in Connecticut will lead to an uptick in driving-while-high car accidents. The state adopted new legislation that will result in training for more Drug Recognition Experts.

Do marijuana users cause car accidents?

In states that have legalized marijuana use, an increase in car accidents has been linked to drivers who are high, according to an AAA article. The AAA Foundation for Traffic Safety’s researchers found that the share of drivers who tested positive for active THC (the main psychoactive ingredient in cannabis) had doubled over a four-year span in the state of Washington after pot was legalized in December 2012.

According to the National Institute on Drug Abuse, marijuana use by a driver raises the risk of a car accident. A research report found that marijuana impairs judgment, motor coordination, and reaction time. Studies have found a direct relationship between THC concentration in the blood and impaired driving ability.

Impaired drivers in Connecticut have delayed reaction times. Their impairment might result in any of the following common types of car accidents:

What to do if you're injured by an impaired driver

While laws have been strengthened to keep impaired drivers off the road, accidents that cause injuries and fatalities continue to be a problem. Victims who sustain serious injuries may face skyrocketing medical bills. They may need to seek compensation for loss of income and other damages, such as pain and suffering.

An experienced Connecticut car accident lawyer can help strengthen your claim. With an attorney, you will have an aggressive advocate on your side who can thoroughly investigate your crash, interview witnesses, study police reports, and take other steps necessary to hold the at-fault driver accountable for their actions.

The insurance company for the other driver may stand in your way of getting fair compensation. They may argue you were somehow at fault. In some cases, they make lowball offers and try to convince victims that seeking additional compensation is not worth the hassle.

We know the truth. We understand accident victims and families who lost loved ones need to be treated fairly and deserve full compensation for their losses. That's why we fight so hard for our clients.

Contact the Law Offices of Mark E. Salomone and Morelli today for a free consultation. Our attorneys have years of experience helping people obtain maximum compensation for their losses. No matter how complex your injury claim might seem, we are ready to listen to you and help you move forward. Scheduled your free consultation today.