18 Locations
Home • Blog • Who is at Fault for Boston Chain-Reaction Rear-End Crashes?

Who is at Fault for Boston Chain-Reaction Rear-End Crashes? 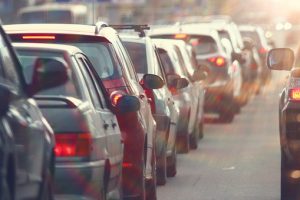 When a car accident occurs in Boston, Fenway and surrounding areas and drivers or passengers suffer injury, it becomes important to determine who was to blame for the collision. A rear-end accident lawyer knows often it is presumed a driver in the back who hit a lead vehicle should be held responsible. Although this presumption is not always true and there are times when the lead driver cut off another motorist or played a part in causing a crash, it is usually the case that the driver in the back has at least some responsibility for not leaving enough space to stop before hitting the front car.

In some rear-end crashes, however, more than two vehicles are involved. Chain reaction or multi-vehicle accidents can involve three or more cars that collide. These types of accidents may be the fault of the driver in the rearmost car that hit the middle vehicle and pushed it into the front car. However, the middle or front car may also have been to blame depending upon exactly how the crash scenario played out. Because multiple potential parties are involved, the accident investigation may need to be more in-depth in these chain reaction cases.

According to USA Today, some law enforcement officers and other experts travel around the United States in response to complex multiple car pileups. These are professionals who are trained in accident reconstruction and who are certified as specialists whose job it is to uncover what happened when a lot of cars get into a crash.

These professionals frequently respond to multi-car pileups that happened because of bad weather and road conditions. When there is reduced visibility and the roads are bad, motorists may not be able to see if other cars get into a crash, and motorists may not be able to stop in time even if they notice obstacles in front of them in the form of other impaired vehicles. Dozens of cars can all crash, usually because of one initial catalyst incident like a car spinning out of control or two cars colliding. These crashes are common, with 54 multi vehicle pile-ups involving 10 or more cars occurring last year just between Thanksgiving and March. In the largest of the pileups last year, 139 vehicles were involved.

While a chain reaction rear-end crash may not be as complicated as these huge collisions, there may still be a need for an expert to investigate what happened. When you want to prove another driver should be held responsible and you need help uncovering exactly what occurred to cause your accident, an injury lawyer can help.

Categories: Causes of Accidents,Posts
No Fee Unless Successful