Zofran Use in Early Pregnancy May Increase Risk of Birth Defects 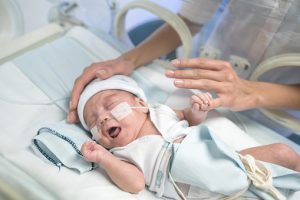 One of the worst symptoms of early pregnancy for many women is extreme nausea, accompanied by miserable bouts of vomiting, often referred to as "morning sickness."

In recent years, an apparent remedy emerged in the form of Zofran, also known as ondanestron and ondanestron hydrochloride, an anti-nausea drug originally designed to help patients enduring cancer chemotherapy and radiation therapy. It's estimated about 80 percent of pregnant women suffer from "morning sickness," and roughly 1 million U.S. women are prescribed Zofran  annually.

However, our product liability lawyers at the Law Offices of Mark E. Salomone understand it now appears that relief may have come at great risk to the unborn child - and pregnant women were not informed of it. Recent research indicates use of Zofran during the first trimester of pregnancy substantially increases the danger of the child developing a cleft palate, cleft lip or potentially life-threatening congenital heart defects. Other adverse conditions reported in children whose mother took the drug during pregnancy include spina bifida, limb deformities, including missing limbs and club foot, and being born with one kidney.

It's worth noting the drug is not labeled for use by pregnant women in the U.S., and thus cannot be assumed safe to start. These recent studies led the U.S. Food & Drug Administration to issue a warning, advising against use of the drug during pregnancy unless it's determined the benefits outweigh the risks.

Zofran, manufactured by GlaxoSmithKline, is a 5-HT3 receptor that works by blocking the effect of serotonin levels in the brain. It was first developed in 1991.

In late 2011, the FDA issued a notice to the public regarding an ongoing safety review of the drug as it pertained to adult patients. There was evidence patients prescribed the drug were at increased risk of developing changes in the electrical activity of the heart, including a potentially fatal abnormal heart rhythm.

Still, the drug continued to be prescribed to patients, including for off-label use of nausea and vomiting prevention during pregnancy.

In December 2014, researchers with the University of Toronto released findings in the American Journal of Obstetrics and Gynecology indicated the risk of a major congenital malformation doubled. The study followed 900,000 Danish women over the course of their pregnancy and beyond.

Some conflicting studies indicate low or little risk to the child. However, those researchers analyzed a much smaller sample size.

Doctors nonetheless were advised to prescribe lower dosages to pregnant women - limiting intravenous doses to 0.15 mg for every four-hour interval.

In late 2012, the FDA recalled the drug until GlaxoSmithKline updated labels to inform patients of an extended list of side effects to adult patients. These included:

Additionally, health care providers were alerted to report such side effects immediately and to avoid prescribing the drug to patients who suffered pre-existing heart troubles.

However, at no point has the drug manufacturer issued warnings regarding potential birth defects. The U.S. Department of Justice sued the company in 2012 for failure to report safety data on several of its products (including Zofran), as well as unlawful promotion.  For this, the firm paid $3 billion. The firm later pleaded guilty to illegal promotion of Zofran for treatment of nausea and vomiting in early pregnancy. Still, that does not aid the families of children who continue to suffer.

Our experienced defective drug lawyers are prepared to answer your questions about the use of this drug and possible negative outcomes. In partnership with another law firm, we will analyze the reason for the prescription, and whether it was for an off-label use; investigate whether the patient had any pre-existing conditions about which the physician knew or should have known, comb medical records for details about dosage and intake, and whether injury to the mother or child may be directly linked to the drug.

Contact the Law Offices of Mark E. Salomone and schedule a free case evaluation.  Call us at 800-WIN-WIN-1. Serving Boston, Worcester and Springfield.